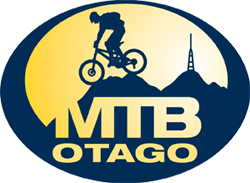 This Sunday we'll finish off chopping back gorse and vegetation on the Big Easy so it's clear for winter riding. We had a good crack at this back in February but didn't manage to do the bit between the top of the 4X track and the Water Tank track.

Meet at the shed at Logan Park HS at 8am then we'll shuttle everyone up the 4WD track. We've got 3 scrub bars and hand tools, but the more the merrier. Bring gloves, boots and PPE if you bring a cutting machine.

The DCC is paying for a bunch of us to do a spray course next week, so once we're qualified (and able to spray on council land) we'll get our spray program into gear. That should keep the gorse at bay for good.

I forgot to post photos of the last effort so here's a couple of them. 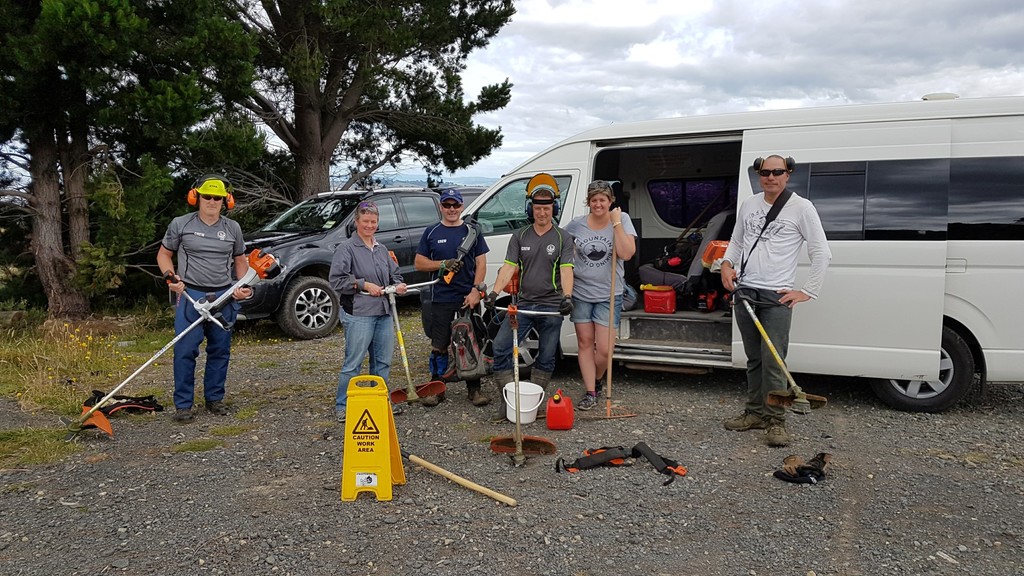 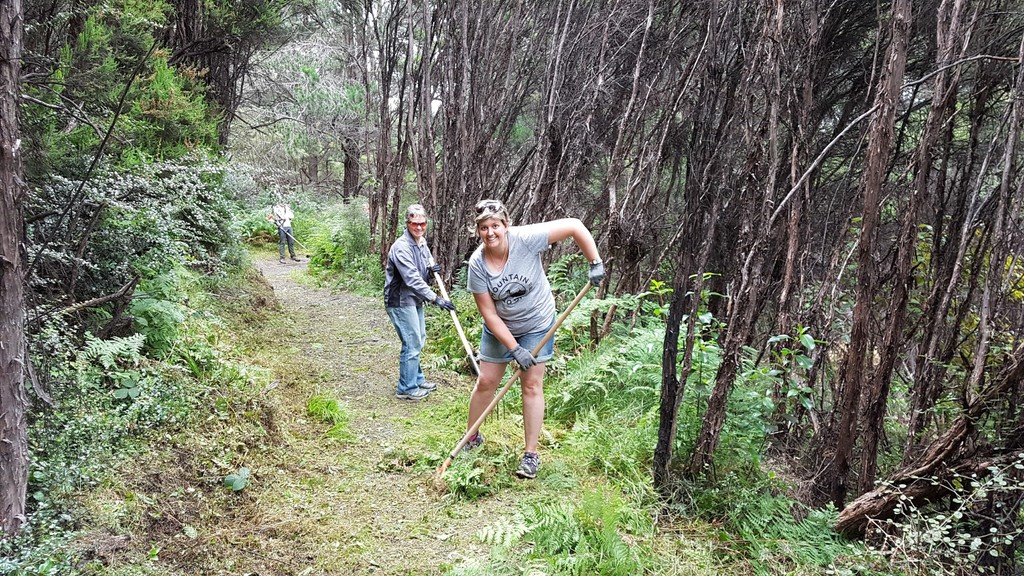 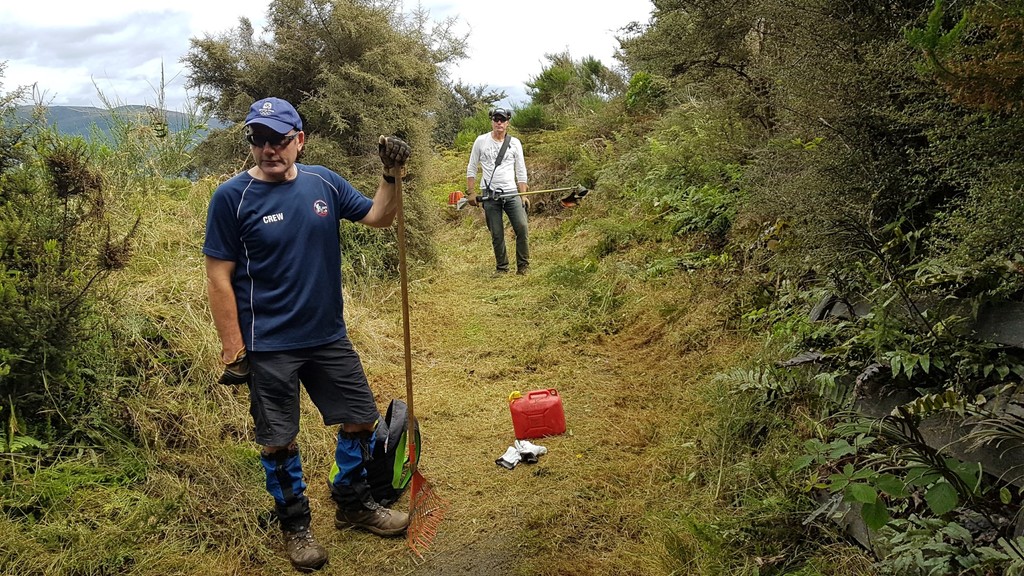 Wow!  A huge turn out on Sunday morning meant that we had the last bit of the Big Easy trimmed up in 2 hours.  13 of us met at LPHS then made a bit of a convoy up the 4WD track. 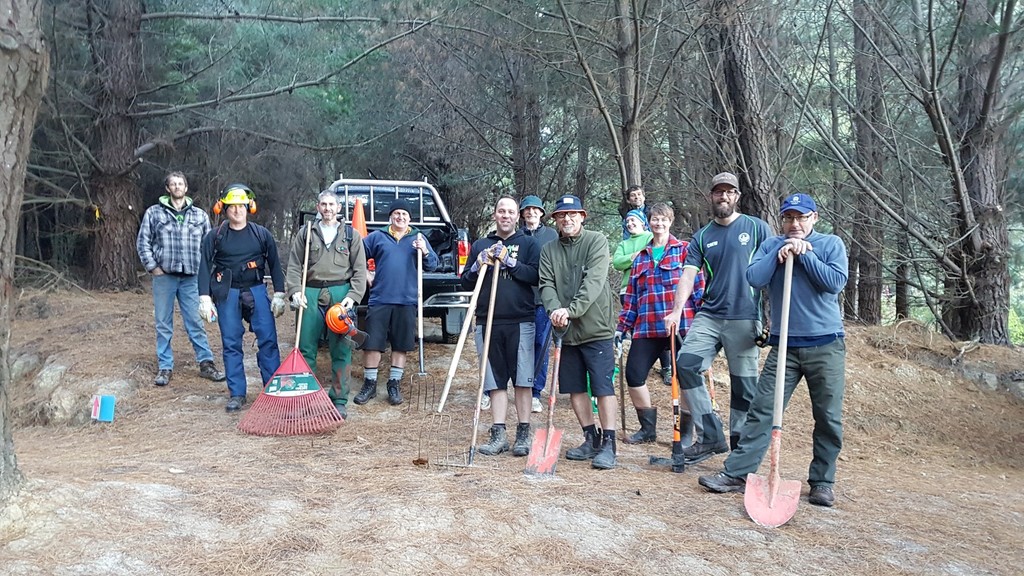 We closed off the trail between the Water Tank track and the 4X track, with a team working up from the bottom and a team down from the top. Each team had 2 scrub bars which made for pretty quick cutting. 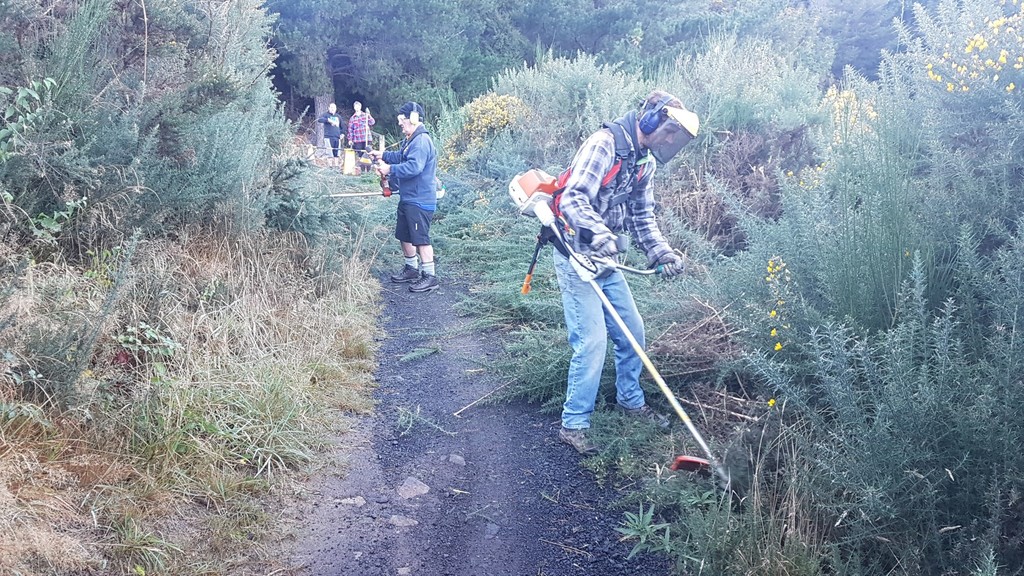 The clearing crew followed behind, chucking the gorse as far as they could. 2 people couldn't quite keep up so reinforcements were called in. 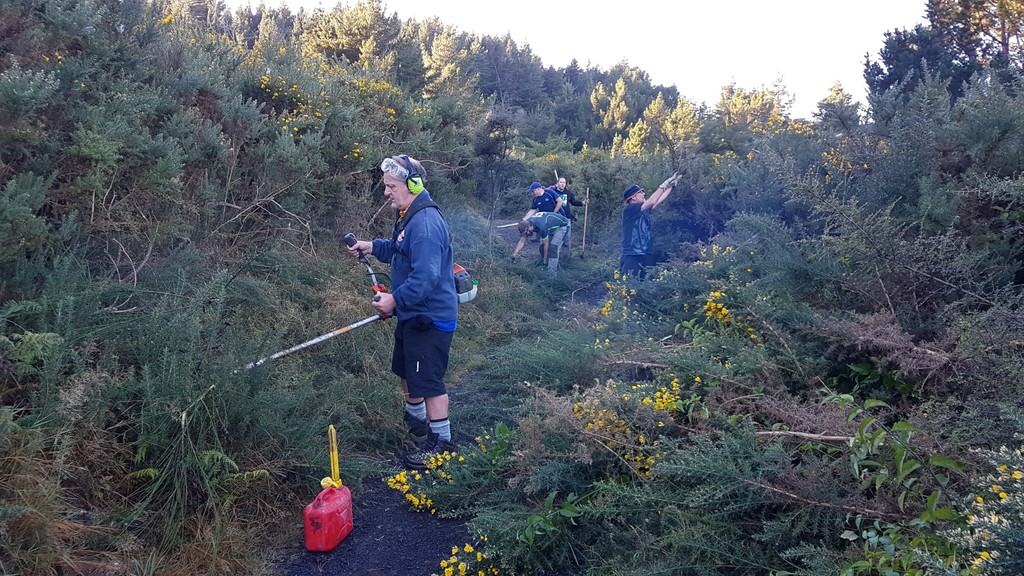 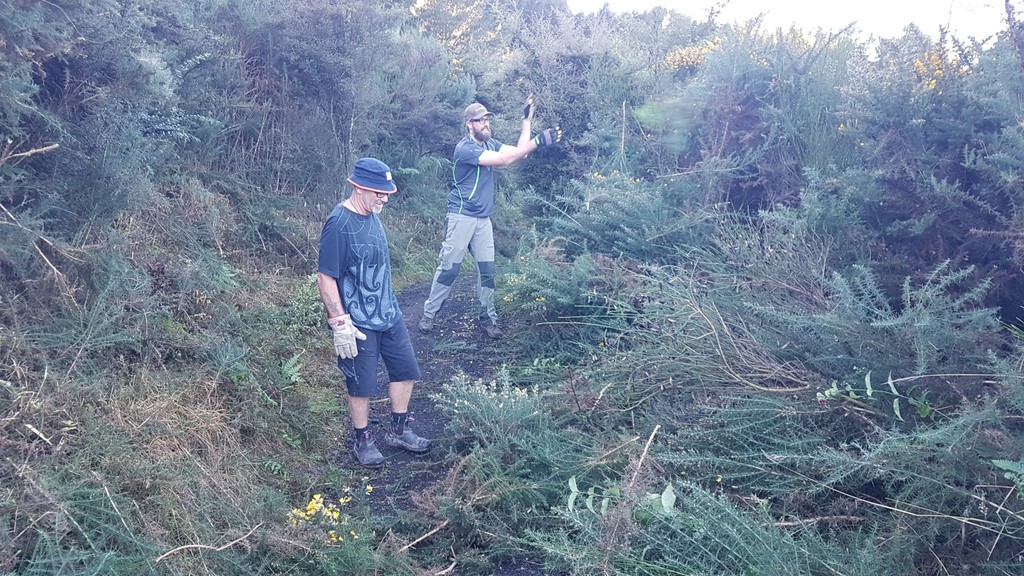 Working their way up the hill, the bottom team had gone a bit old-school, with a scythe making pretty short work of the new growth. 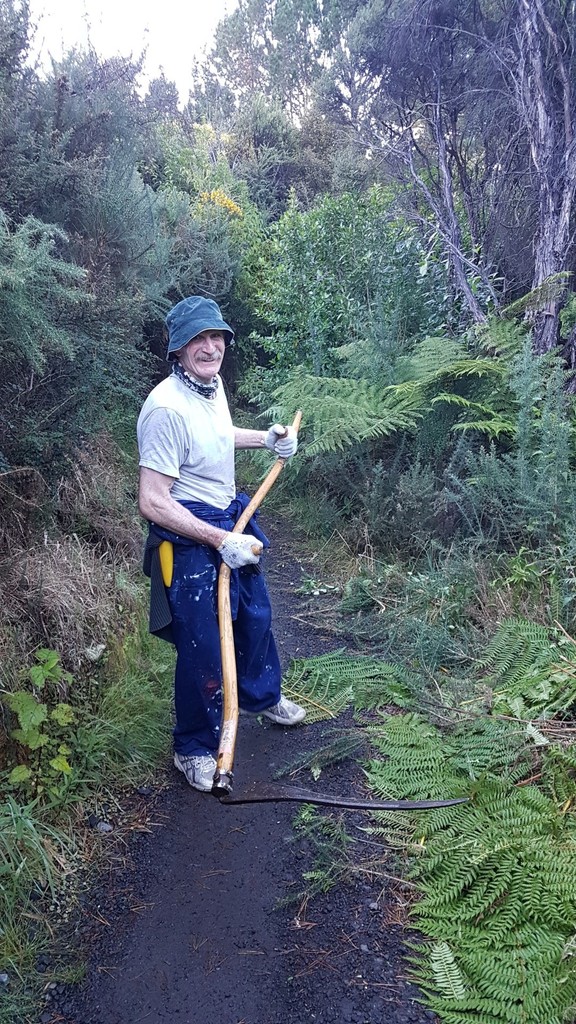 Adrian followed behind with the new scrub bar - a bit of a weapon. We had another clean-up crew following on behind. Lots of hands made pretty quick work of it, so we'd finished the middle section of the track by 10:30am. Was great to have heaps of people there as it's the sort of job that would have taken a single person a couple of days.  Now that the gorse is knocked back we should be able to keep on top of it by spraying once or twice a year. 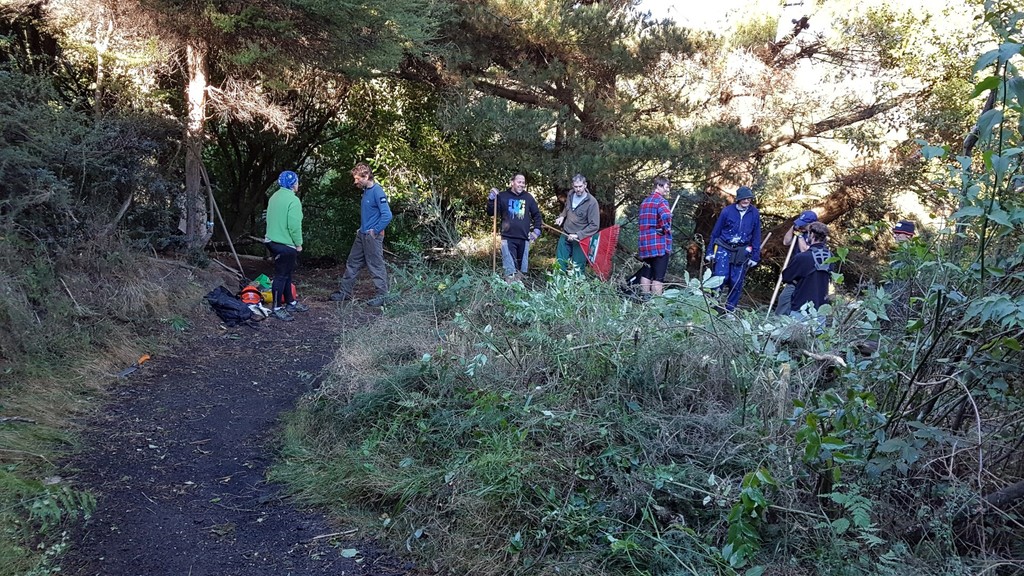 A couple of us popped up to the plateau to knock back a small bit of gorse.  As the rest of the crew were walking down they bumped into Chris O'Leary, the manager of Emersons Brewery who sponsor the Big Easy track.  Chris generously invited everyone back for a well-earned coffee - thanks Emersons! 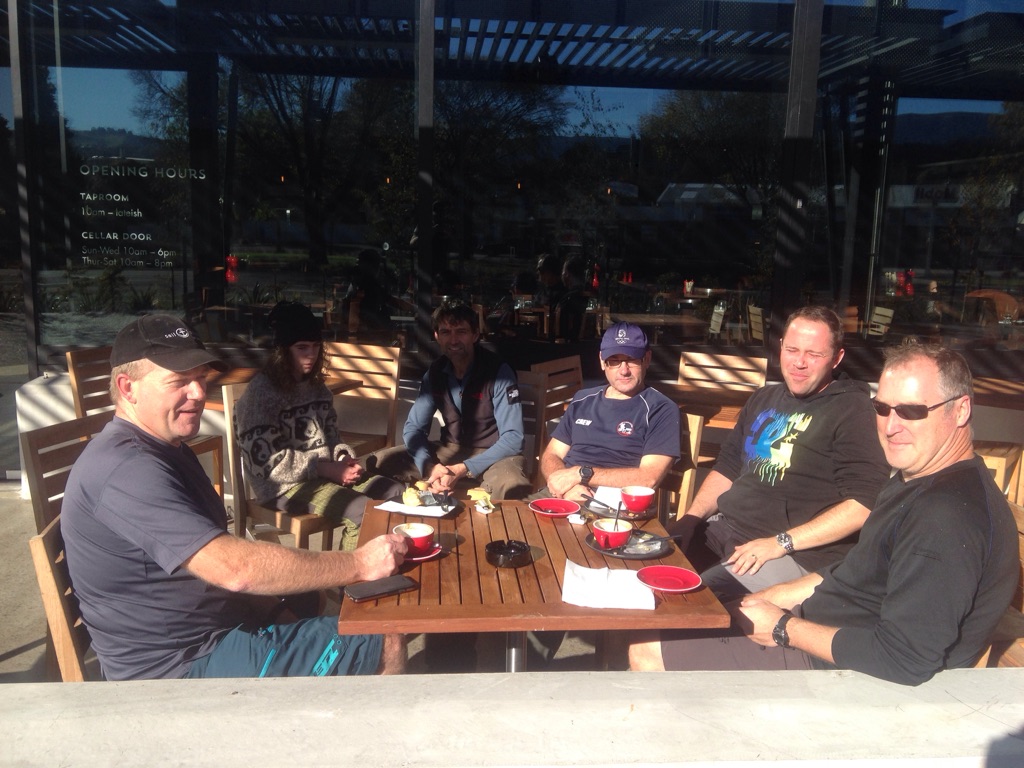